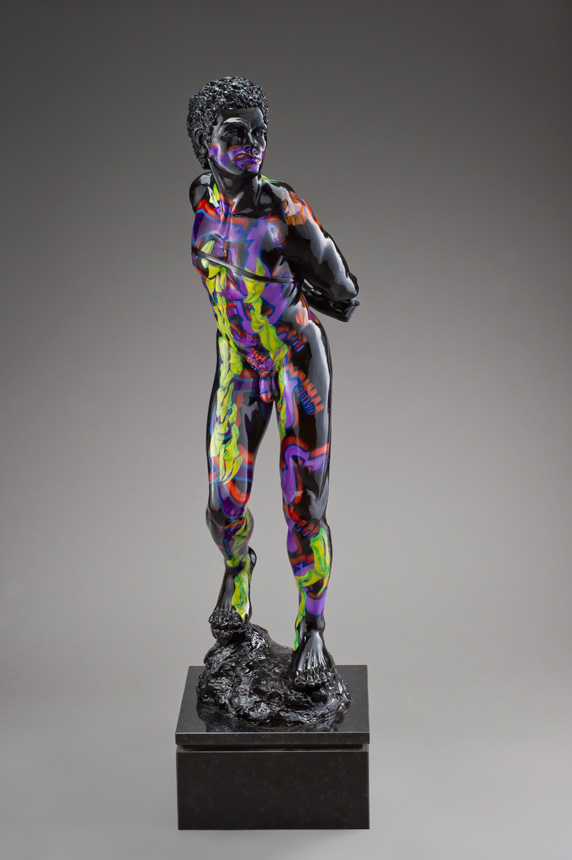 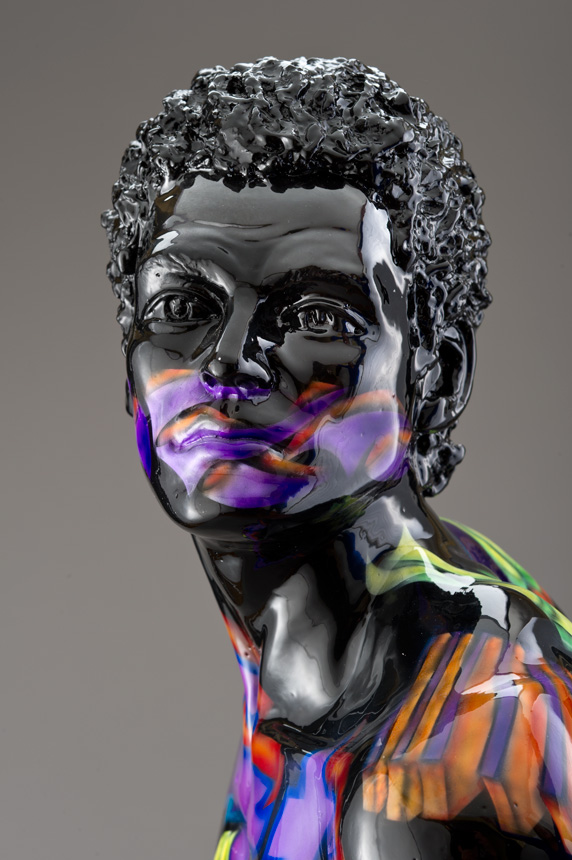 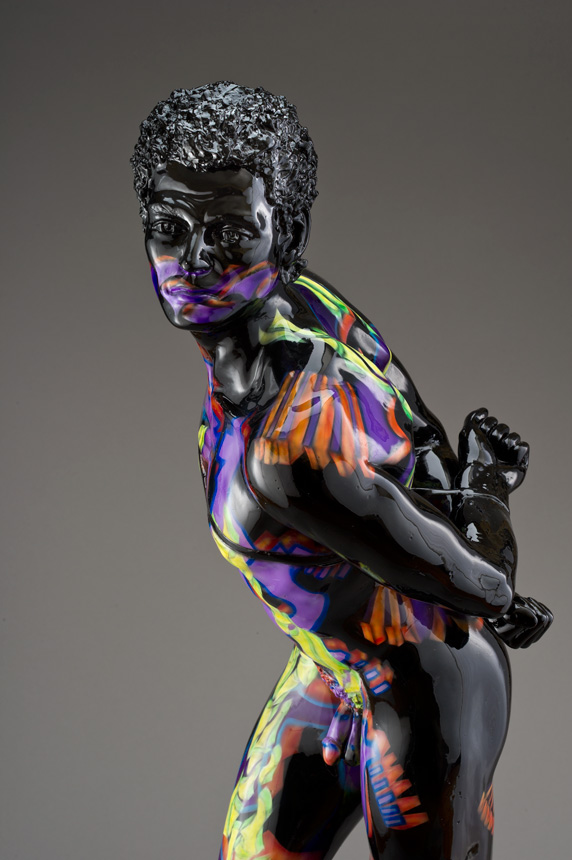 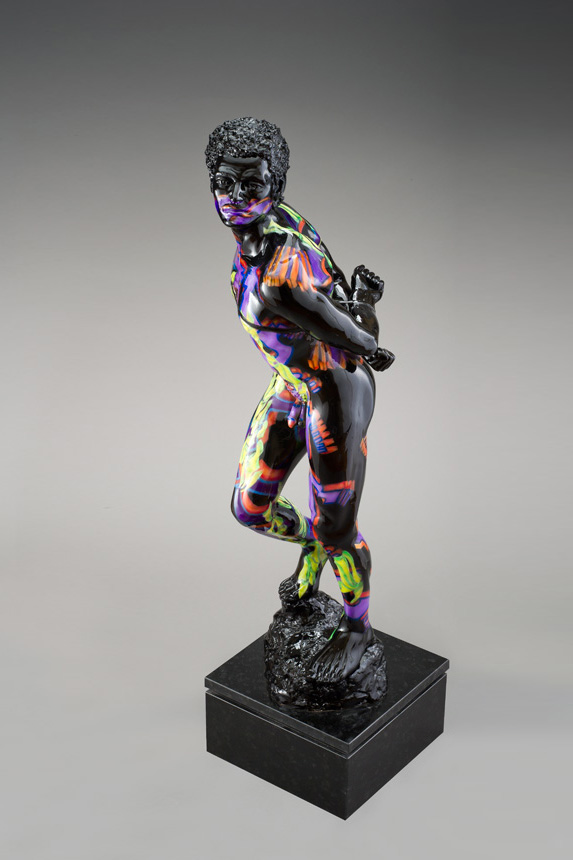 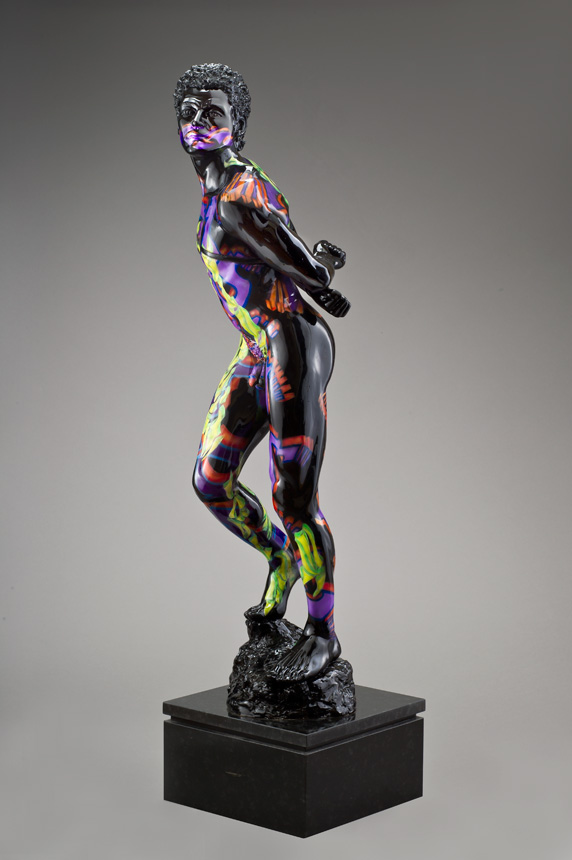 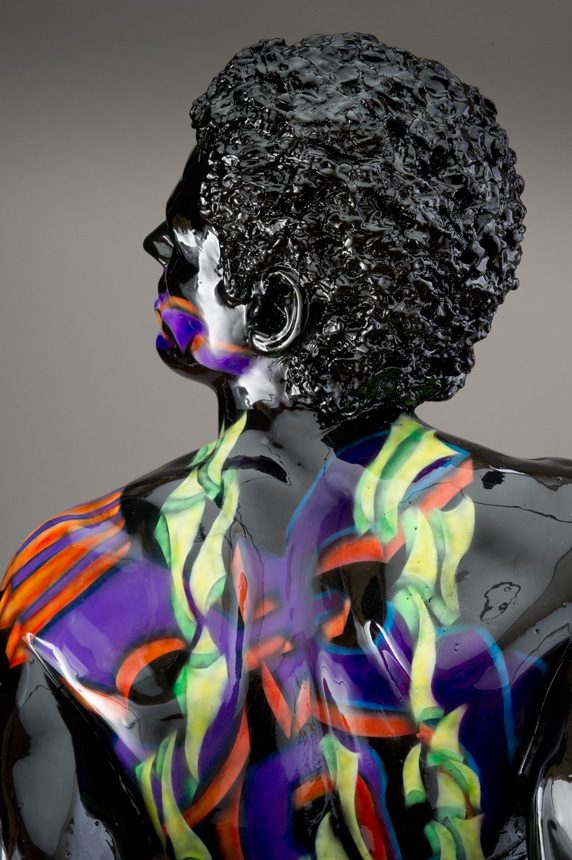 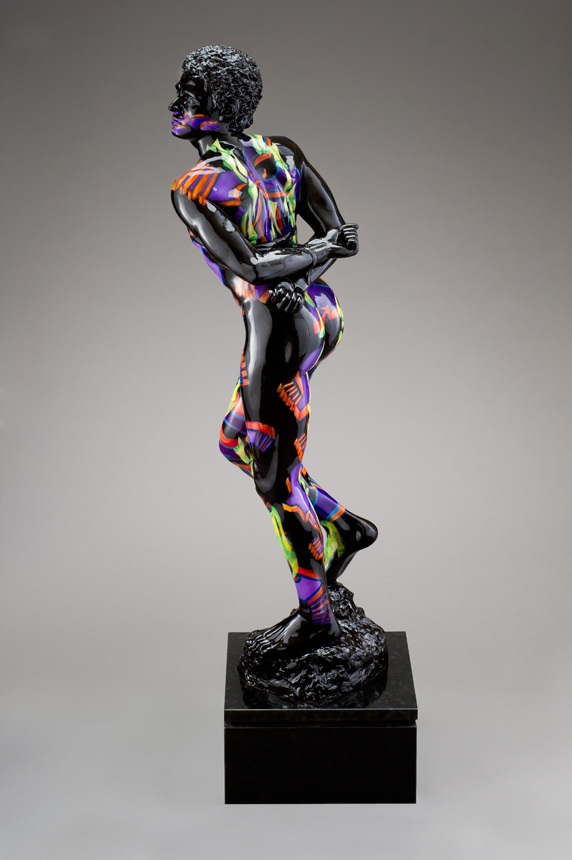 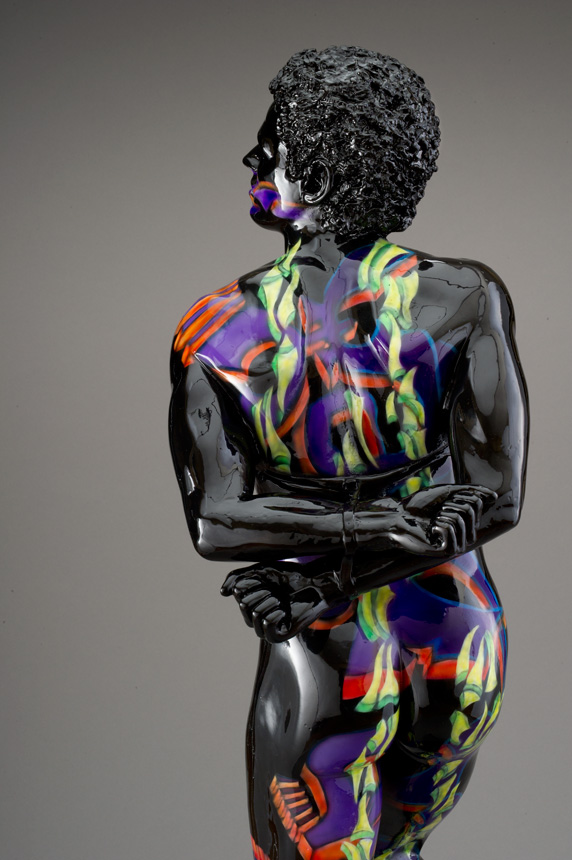 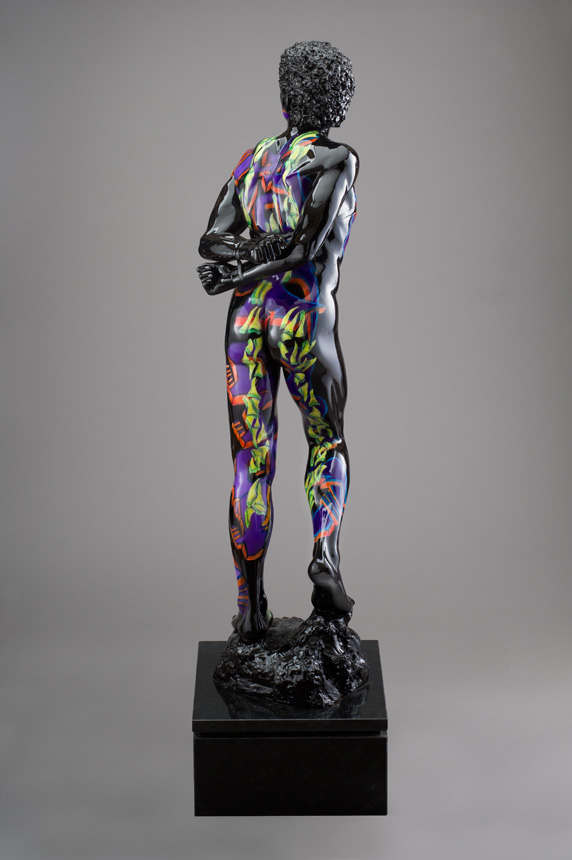 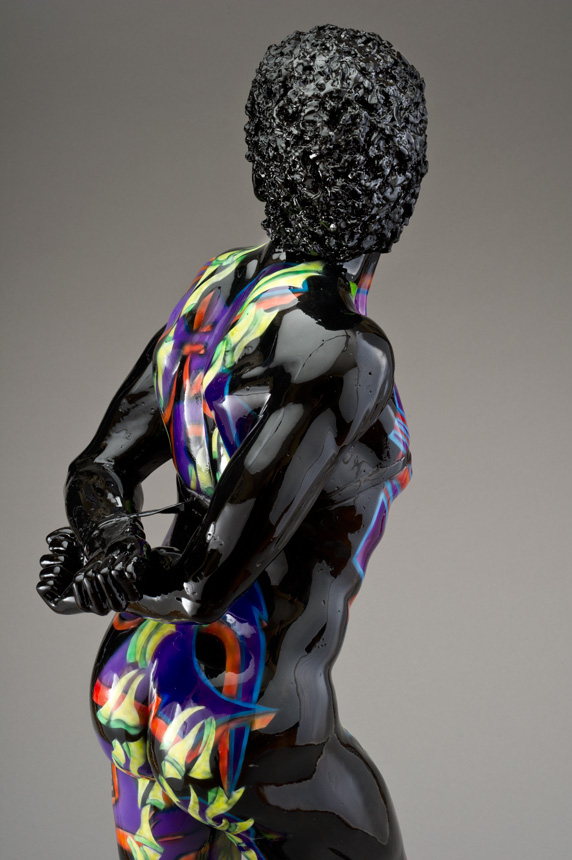 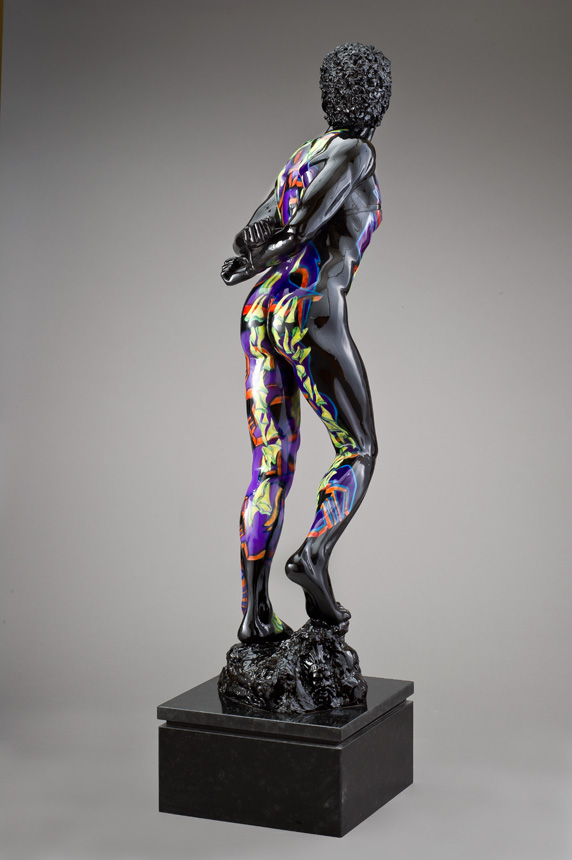 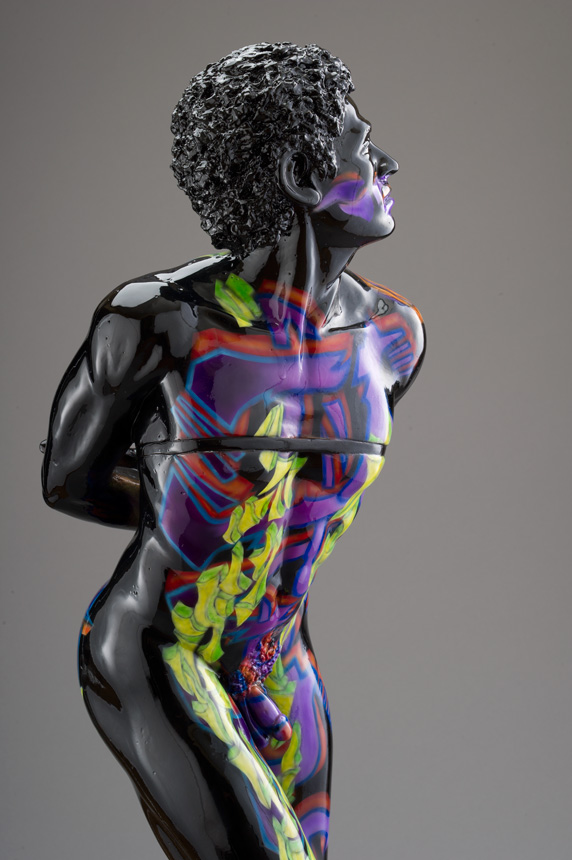 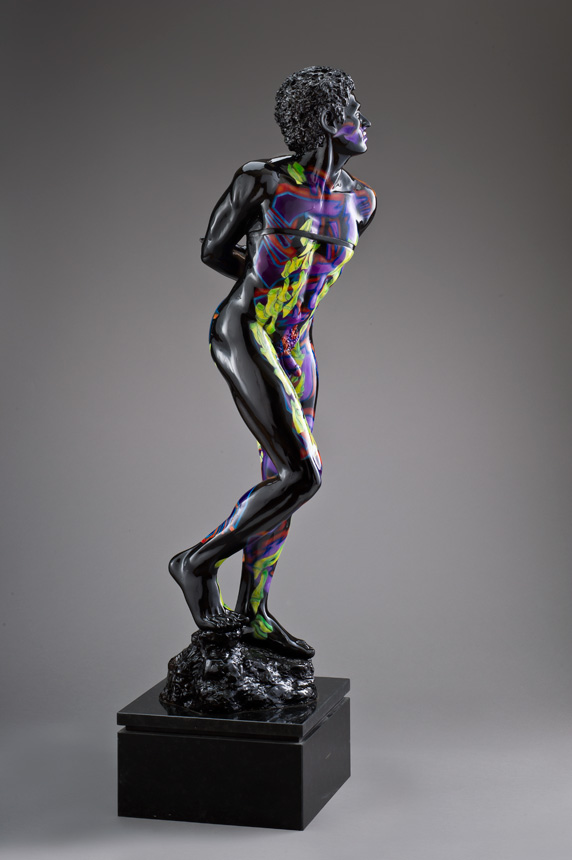 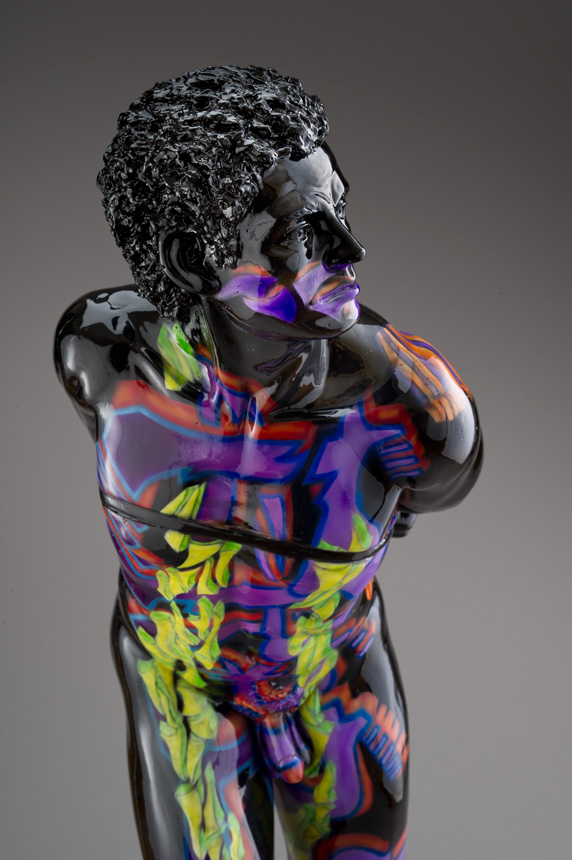 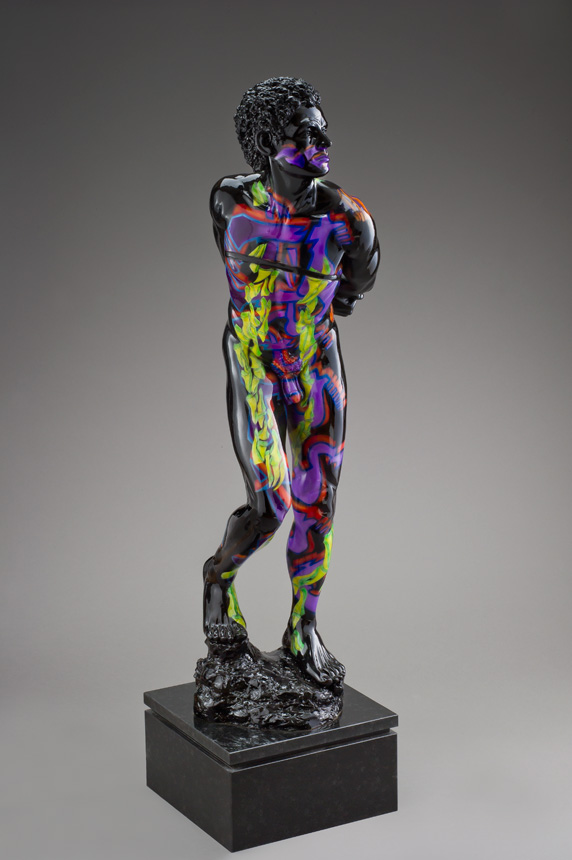 This was piece was originally created as a study of a work that Michelangelo sculpted for the tomb of Pope Julius II, entitled the Rebellious Captive. As I started work I immediately began to appreciate the rebellious energy apparent in the pose and with time felt that energy turn towards criticism of an intolerant society. In my eyes the piece took its’ place in contemporary society not as a comment on slavery but as a declaration condemning sexual discrimination and demonstrating the archaic moral values of our society today.
Bronze Monaco 2004
Edition of 8