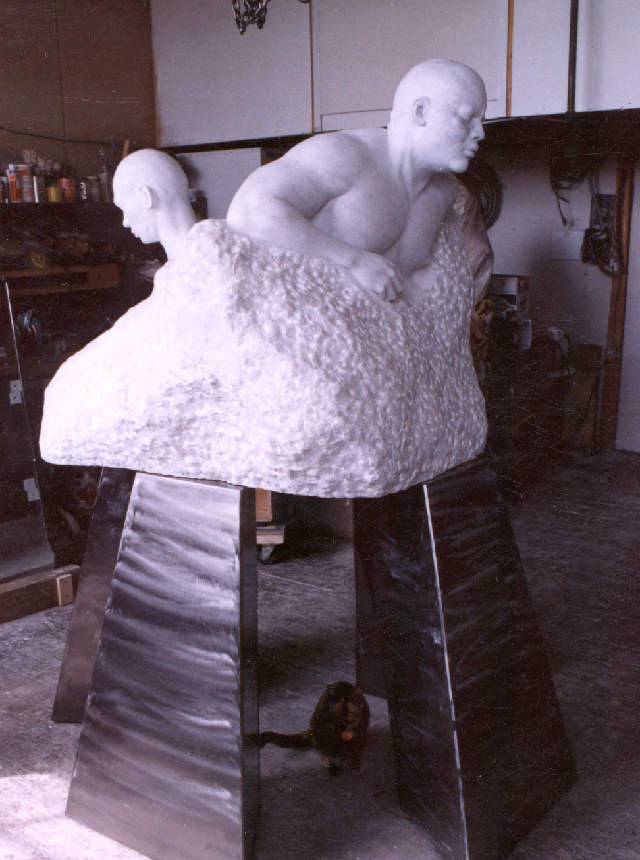 In her book, Dancing on the Edge of the World: Thoughts on Words, Women, Places, Ursula K. Le Guin shares her thoughts on where an idea comes from.

As if magical powers possess writers, the general belief is that once having learned the skill of a writer, one too can be a great one.

She also states the fact that we tend to believe that ideas are at the origin of stories.

Calling both of these myths, she explains them away.

The skill of a writer is learned and must be worked for.

Magical as it might seem, a great writer, a great musician or sculptor, have one thing in common, they work hard at it.

While we might have a propensity for it, the credit goes to the man (or woman) with sweat (and even blood) on their brow.

Now as for the ‘idea’…. Is a story or a work of art that tells a story born from an idea?

Not really. Rather it is born from a series of ideas that have to ferment in the brain and then suddenly, the magical powers take hold and the universe begins to compose it’s symphony.

Still, nobody makes it alone.

Those ideas that merge in our brains and eventually become something unified such as a story or a sculpture, come to us in so many forms that might include sounds, dreams, emotions, mental glimpses into our inner world, but nothing is complete without you, an audience.

We need you. It is a collaboration between you and us.

“The writer cannot do it alone. The unread story is not a story; it is little black marks on wood pulp. The reader, reading it, makes it alive….It comes down to collaboration, or sharing the gift….” [1]

Like the tree that falls in a desolate forest; if there is nobody there, will it make a sound?

Without your eyes, your hearts and your imagination, what story could our sculptures ever hope to tell?

“In the imagination we can share a capacity for experience and an understanding of truth far greater than our own.” [2]

Le Guin’s words ring true for all artists, not just those who lose themselves in words:

“Writers have to get used to launching something beautiful and watching it crash and burn. They also have to learn when to let go control, when the work takes off on its own and flies, farther than they ever planned or imagined, to places they didn’t know they knew. All makers must leave room for the acts of the spirit. But they have to work hard and carefully, and wait patiently, to deserve them.” [3]