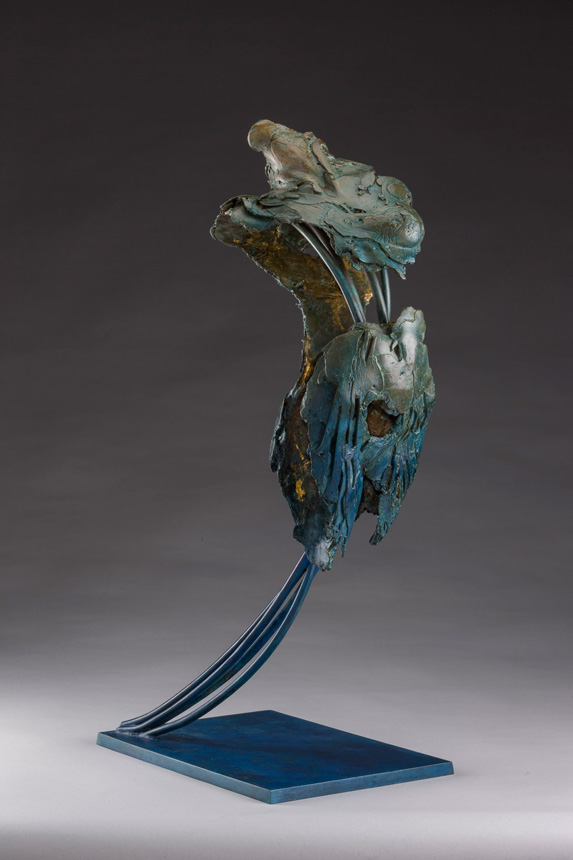 “Anxiety can just as well express itself by muteness as by a scream.” (1)

But what is it and why does it invariably succeed in taking over one’s day?

Kierkegaard also called it “the dizziness of freedom”.

We crumble under its paralyzing glare, yet is it really as destructive as all that?

Where do mental illness and creativity meet, if ever? Are we mad?

Is obsession a condition that requires obligatory treatment?

What if obsession acts as a medium without which we might not find the strength to try it again, over and over, try it differently, go, now, never giving up….

Without anxiety we would be silent.

This savage beast attains the hypersensitive, who in turn have no other option but to exist and in order to do this, they must create.

Have you ever wondered if you could sink deeper?

As Kierkegaard put it, he who is educated in ‘possibility’ is in danger, not as those educated in the finite are.

They might go astray in other ways, but he who is educated in ‘possibility’ risks suicide:

“If at the beginning of education he misunderstands the anxiety, so that it does not lead him to faith but away from faith, then he is lost. On the other hand, whoever is educated [by possibility] remains with anxiety; he does not permit himself to be deceived by its countless falsification and accurately remembers the past. Then the assaults of anxiety, even though they be terrifying, will not be such that he flees from them. For him, anxiety becomes a serving spirit that against its will leads him where he wishes to go.” (2)

In fact, “One would have no anxiety if there were no possibility whatever.” (3)

I guess in the end the answer is that anxiety is as destructive as it can be generative. We get to choose.